Communication theory rock star Marshall McLuhan said, “The medium is the message,” half a century ago. A simple translation of McLuhan’s pronouncement is that content, its substance and interpretation, is dependant on its method of delivery. It would be hard to overstate how much communications have changed since the 1960s; but it’s still true, and maybe even clearer now, that communications are shaped by their media. What has probably changed the most is that very few messages are now delivered on a single medium.

It’s more accurate today to say “the media are the message.”

If we want to predict what the message will look like in 2014, the technologies delivering it are a good place to look for clues.

The buzz word in web design as we begin 2014 is “Flat.” An early influence on the trend toward flat design was Microsoft’s Metro design language. Metro features the solid-colored tiles and flat iconography now ubiquitous in Microsoft products from the Windows Phone to the Xbox. Metro was formally introduced with Windows Phone 7 in 2010. The big, easy-to-click tiles and uncluttered design was great for small touch screens, and the interface was well-received. Reviews of the Metro-flavored Windows 8 were mixed among desktop and laptop users in 2012, but the OS design shift was a signal that Microsoft was focusing more on mobile devices.

It’s a safe bet that 2014 will see more of the flat design that Metro helped launch in everything from WordPress themes to print design. Many of Metro’s design decisions were guided by the strengths and limitations of the mobile interface, and mobile usage continues to increase.

What are some characteristics of mobile devices that may influence design this year?

While high resolution displays aren’t limited to tablets and smartphones, the race for ever-higher pixel density began on those devices, and they continue to be where innovation first appears. Over the last couple years, “retina-ready” has gained traction in the language of web designers. The methods for retina-readying raster graphics (non-scaling graphics in which the value of each pixel is defined like a photo for example) involve detecting pixel density and loading separate images based on the user’s device.

A response to higher pixel density has been a move away from raster images toward icon fonts and scalable vector graphics (SVG). Both icon fonts and SVGs scale smoothly to any size, at any resolution, without losing clarity, so only one version is needed for all devices. Both are limited, though, with regard to color variation. Icon fonts and SVGs are great for abstract, stylized images with a limited color palette (in the case of icon fonts, a single color), but don’t work for photos or images with shading.

For example, this would be a good candidate for SVG or an icon font:

Sometimes there’s no substitute for a photographic image in a design. I’m not suggesting that jpegs are endangered, but for some design trends this may be lights out.

Another venerated web design element that could change is the mouseover. The mouseover has been fundamental to the way people interact with online media and, like raster images, there will always be a place for it. But some of the mouseover functions are problematic on mobile devices as they have no mouseover equivalent.

Charles Eames said, “Design depends largely on constraints.” This must be a golden age for web design, as mobile offers plenty of constraints, the most obvious being the smaller screen size. Web designers must now consider the necessity, as well as the placement, of every element. While an unnecessary bell or whistle might be harmless on a 20 inch screen, on a handheld device, it’s not what the user is looking for and likely an annoyance.

There are responsive design techniques to minimize the effect on mobile compared to a larger screen. But I think the trend, already well underway, toward clean minimalism will get a boost in 2014 as more designers design for mobile first.

Who really knows what the year ahead will bring? While prediction is not our profession, mobile is clearly the hot focus for design. If your site is sporting that retro 2009 look, you may be missing more than trends and actually losing visitors and sales.

← Previous Article | You've Got to Be HUNGRY! for Success Shrink Your Photos for Faster Websites Using PicMonkey | Next Article → 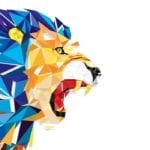